What is a pacemaker (PM)? A pacemaker is an electrical device that is installed under the patient’s skin to maintain or restore a normal heart rhythm.

Cardiac conduction system and “natural heart pacemaker”. The heart is a hollow muscular organ located behind the sternum that pushes (“pumps”) blood through blood vessels, delivering oxygen and nutrients to the entire body. The heart is made of 4 cavities: the right and left atrium and the right and left ventricle. The left and right sides are separated by a cardiac septum. Blood flows through the heart only in one direction because the valves are located between the atria and the ventricles. At each beat, the blood is first squeezed from the atrium into the ventricle (both left and right), and then through the large blood vessels that go from the heart into the entire body. The heart normally beats 50-100 times per minute, thus maintaining circulation in the body.

The heart has its own natural electrical conduction system called the cardiac conduction system. The conduction system sends electrical signals along the entire heart muscle, which coordinate the exact heart rate number and correct rhythm. The conduction system precisely stimulates the heart chambers, ensuring their contraction and relaxation and thus the circulation of blood. Electrical signals or impulses are generated in a special tissue called a sinus node (sinus atrial node, SA node). The sinus node is located in the right atrium and transmits regular electrical impulses which spread across the right and left atrium to the ventricle. The sinus node is also referred to as the “natural pacemaker” of the heart. The electrical impulse that comes from the atrium to another specific formation, which is located between the atrium and the ventricle, called the atrioventricular node (AV node). The AV node slows down an electrical impulse to allow the atrium to contract enough. Through the AV node, the impulse is further transmitted by special fibres called the bundle of His and the right and left bundle branch. These fibres expand the impulse and coordinate the contraction of the right and left ventricle.

Disorders in the conduction of cardiac impulses are called cardiac arrhythmias.

Sinus bradycardia occurs when a “natural pacemaker” produces impulses very slow. This is a normal occurrence in healthy people during sleep or in athletes and heavy manual workers and is usually a harmless occurrence. However, there are heart diseases in which excessively slow pulses can significantly affect the person in whom they occur.

The interruption of impulse transmission often occurs between the atrium and the ventricle, called the atrioventricular or AV block, and is divided according to different degrees of difficulty.

1st degree AV block: the cardiac impulse to the ventricle comes from the atrium but abnormally slows down as it passes through the AV node.

2nd degree AV block: some impulses from the atrium fail to pass into the ventricle, resulting in slow and ir/regular heartbeats.

In the most difficult 3rd degree AV block, impulses from the atrium are not transmitted at all to the ventricule. This condition is most commonly referred as the total AV block. In order for the heart to function normally in this case, a separate rhythm from the lower centre in the ventricle occurs. In the absence of this separate rhythm there is a great danger of cardiac arrest with underlying asystole.

Tachyarrhythmia (Tachycardias) are a heart rhythm disorder that describes abnormally accelerated heart rate (more than 100 beats per minute). The tachycardia form which is most commonly treated with a cardiac device implantation is ventricular tachycardia (VT). Very fast impulses coming from diseased area in the ventricle/s and causes rapid contractions whereby the heart cannot efficiently squeeze blood out of the ventricles and can cause cardiac arrest. For this reason, VT is a potentially dangerous tachyarrhythmia.

Symptoms of arrhythmias vary depending on the arrhythmia involved and on certain factors, such as a heart disease in the background. While some people have no symptoms, others may have different symptoms and signs that may include:

The permanent pacemaker (PPM) is an electronic device that monitors the patient’s heart function. When the heart rate is insufficient or completely absent, with delivering electrical impulse, the device stimulates the heart muscle and thus maintains a normal rhythm. Most commonly, pacemaker is used in bradyarrhythmias as described above. The indication for such a device and device’s type for implantation depends on more factors:

There are various types of pacemakers today, but they generally consist of several parts: 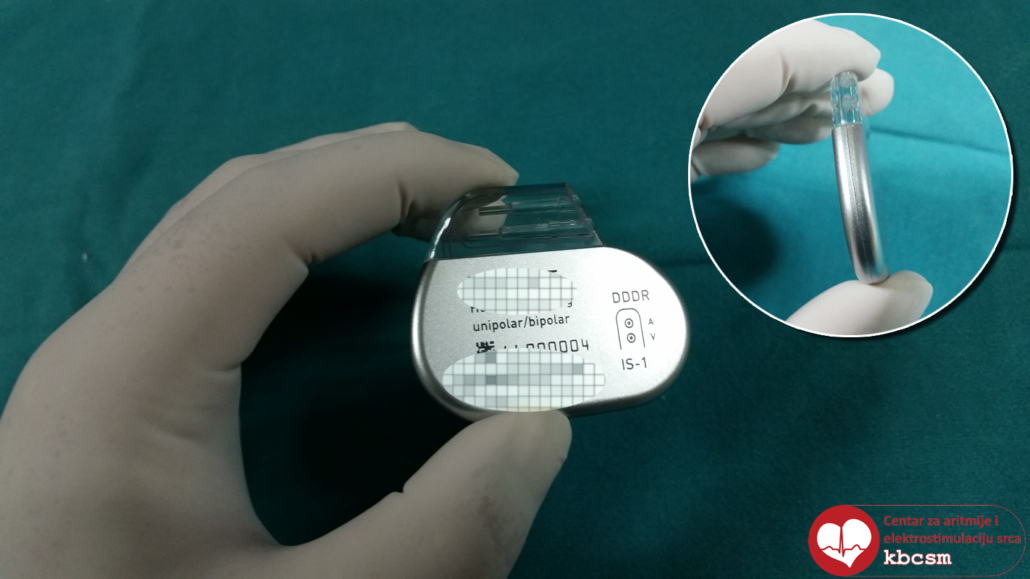 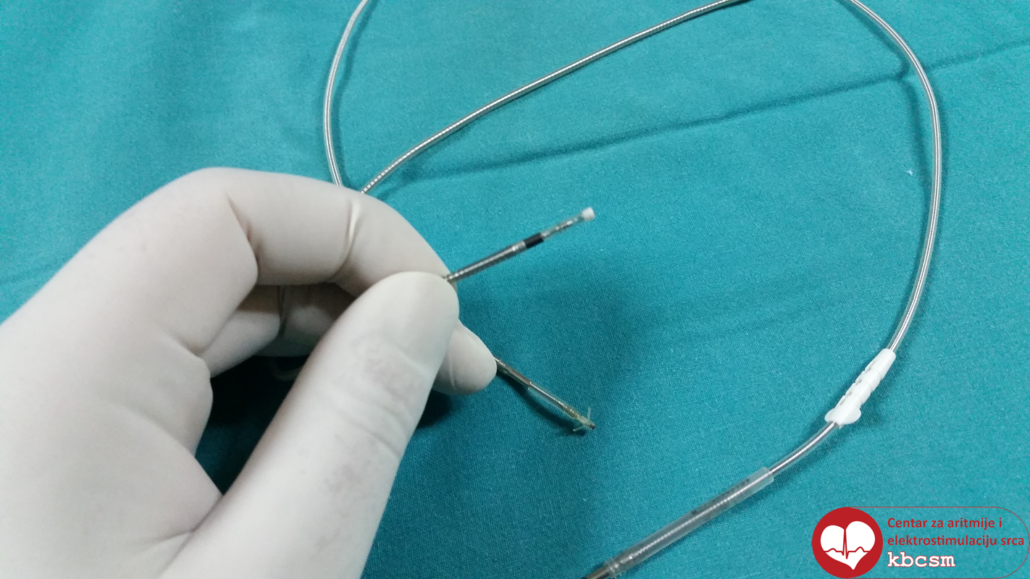 Due to the continuous development of technology, nowadays there are various cardiac pacemaker systems available for a variety of indications. Pacemaker can be single-chamber, dual-chamber and three-chamber (biventricular):

Permanent pacemaker implantation. Permanent pacemaker is most commonly implanted in the area below the left collarbone (rarely below the right). Permanent pacemaker’s electrodes are most commonly implanted, through large veins, up to a specific part of the heart muscle and then connected to a pulse generator. The implantation of permanent PM is a surgical procedure performed by a doctor (invasive cardiologist, electrophysiologist or surgeon) under sterile conditions in a laboratory or operating room. The implantation of permanent PM is performed usually under local anaesthesia, or when needed, in deep sedation or rarely general anaesthesia. In the area below the left collarbone, an injection of local anaesthesia is given, followed by a smaller incision (3-5 cm) and formation of a surgical (subdermal) pocket, into which a pulse generator will be placed at the end of the procedure. Through the same incision, one of the larger veins is punctured and one or more electrodes are then introduced under X-ray control. After the electrodes are positioned in a specific heart chamber (atriums, ventricles, or both), their function is tested, and if the function is normal, is connected to the pulse generator and subdermally stored together in a previously formed surgical pocket. The wound is then closed with several sutures and covered sterile gauzes. Implantation lasts approximately 60 minutes.

Regular check-ups and control. Check-ups after the implantation of permanent PM are usually performed every 6-12 months, depending on the type of PM implanted. At the examination, an ECG is recorded and the pacemaker’s function is tested. If needed, permanent pacemaker can be further adjusted and adapted to the patient’s needs and symptoms.

Permanent pacemaker’s replacement. When the pacemaker battery is depleted, the device’s battery must be replaced. At regular check-ups, the battery shows clear signals of depletion, and patients are then scheduled for shorter hospitalization.

The doctor makes a small incision in the skin over the old scar and removes the old battery, after which the new battery is connected to the existing electrodes and the whole system is than checked for normal functioning. The device is then stored in the same subdermal pocket and closed again with a few stitches. Device electrodes are only changed if something is wrong with them.